Families and friends of New Yorkers killed while bicycling on New York City streets gather at a Ghost Bike memorial for all of the cyclists whose deaths did not make the news, at the corner of Queens Blvd & Jackson Ave. in Queens, NY, on Sunday, April 21, 2013 as they participate in the 8th Annual Ghost Bike Memorial Ride. The ride visited the 20 white-painted Ghost Bikes installed at the scene of bicyclist fatalities in five boroughs before converging at the intersection of Queens Boulevard and Jackson Avenue to dedicate a memorial to all of the cyclists who were killed in traffic crashes in 2012 whose deaths did not make the news...According to the New York City Department of Transportation, 136 pedestrians and 18 bicyclists were killed in 2012. In 2011, 134 pedestrians and 22 bicyclists were killed on New York City streets. To date, at least two bicyclists have been killed in 2013...Photograph by Andrew Hinderaker for the Ghost Bike Project. 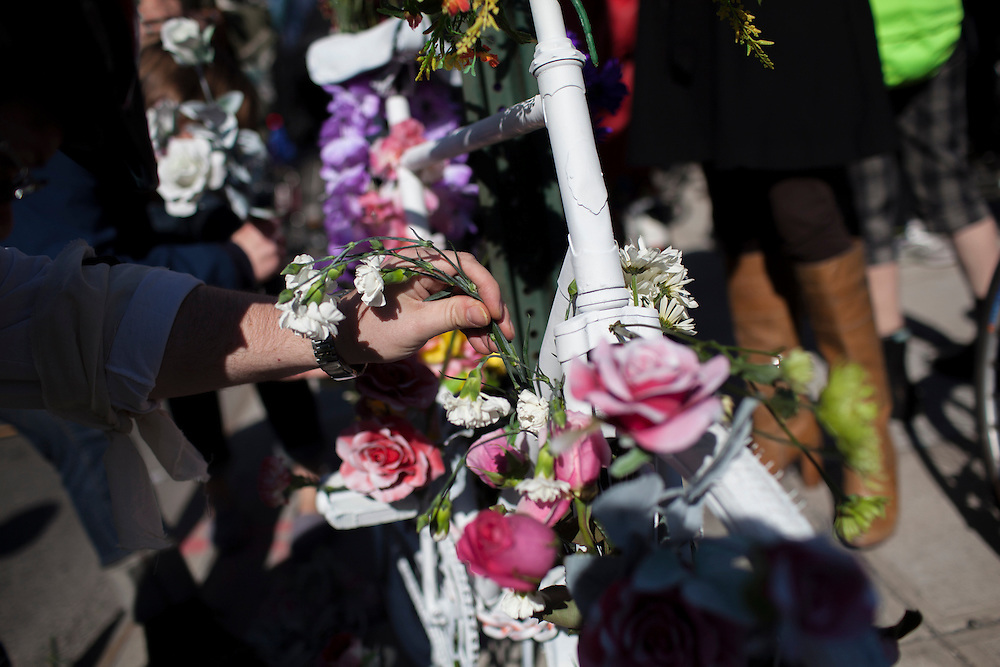